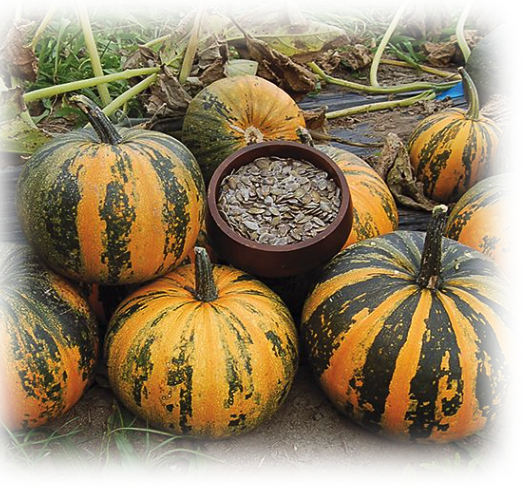 We believe Squash was first ‘domesticated’ in Meso-America about 8ooo years ago. Through centuries, various cultivars appeared which were then grouped in a botanical nomenclature ( Cucurbitaceae) in a seminal work by Carl Linnaeus called “Genera Planterum” in the middle of the 16th century. It includes more 95 genera and about 965 species of which the Curcubita is the most important; pumpkins squash, melons and cucumbers.

During most of this time, squash was grown between the Tropic of Cancer & Capricorn. It is only since the turn of the 19th century, or more precisely, the arrival of seed merchants and the advent of their ‘catalogs’. At that moment, the pan-american postal service was coming on his own and ‘mail order’ was born!

Their success pushed the genetics so as to facilitate the seeds to adapt to our northern climate. Without their persistent work ethic, maybe all our squash would come from Mexico today! These few seed merchants had a profound influence in our adoption of open-pollinated seeds that have survived till this day.

Most of the heirloom squash available in Quebec originated from this time. The Gill Brothers Seed Company of Oregon, the Shaker Seed Company of N.Y., B.K Bliss and Son’s of N.Y., the W. Atlee Burpee Seed Company of Philadelphia (the largest in the world at that moment) and Burgess Brothers of Michigan all accomplished yeoman’s work.

Interestingly, the culinary sophistication in cooking and curing squash essentially comes from the Pacific North-West. This is due to efforts (research) in the selection and experimentation with of public domain (open-pollinated) seeds that was far greater then anywhere else.